Meet and greet at Mother Teresa Airport in Tirana and transfer to the Hotel. Then we make a tour of the major sites and attractions of the capital of Albania, such as the Skanderbeg Square, the National Historical Museum, “Dëshmorët e Kombit’’ Boulevard, the Pyramid and the Checkpoint (Postbllok-The Memorial to Communist Isolation). The boulevard ends at Mother Teresa Square, hosting some more Italian architecture. Let’s continue to the Blloku area where we will also see the Villa of ex-Dictator Enver Hoxha.
Dinner: in Tirana

Morning at the Hotel. Then we will drive to Shkodra. First we will walk along the promenade of Kolë Idromeno street, packed with cafés, restaurants and boutiques. Then we will walk toward the Ebu Bekr Mosque, which is the main Mosque and one of the most important in Shkodra. Near with the Mosque (3 minutes away by foot) we find the modern Orthodox Cathedral of the Nativity. A symbol for the Albanian religious tolerance. As we know Shkodra is the city of culture and arts, and this is confirmed by The Marubi National Museum of Photography, which is the only Museum dedicated completely to the art of photography, taken from the year 1858 by Pjetër Marubi. There is also The Venice Art-Mask Factory, a must have experience if you’re passionate about handmade Venetian carnival masks. Cherry on top is The Rozafa Castle, the most beautiful fortress in Albania. This stunning building offers stunning views over the city and Lake Shkodra.

Then we drive to Kruja – the centre of Albanian resistance against the Ottoman empire, under the lead of Skanderbeg. First we will see The Bazaar of Kruja, made from wooden shops. The cobblestone street leads us to the Castle of the city, which was a major obstacle to the expansion of the Ottoman Empire in Western Europe. The castle resisted three sieges and it finally fell in 1478, ten years after the death of Gjergj Kastrioti. In memory of which was created the National Skanderbeg Museum, where you can find a copy of the sword and the helmet of Skanderbeg, the flags and stems of the main families who supported the national hero. In front of it, it’s located the National Ethnographic Museum. The walls of the museum have 250 years original morals, ceilings carved in wood, very rare furnishings, old style rugs and traditional costumes.

Morning at the Hotel. Drive to Durrës. The first interesting points we will visit, are the Ancient Roman Thermal Baths and the city’s landmark The Big Ottoman Mosque. To be continued to the Roman Amphitheatre, one of the biggest in the Balkans, built during the 2nd Century AD. After that, we will learn more about the history of the city in the Archaeological Museum.

Drive to Berat. The first historical point we’ll visit is the Castle of Berati located on 190 m high hill to the right of the Osumi River. Then, still inside the Fortress, we’ll visit the Iconographic Museum ‘’Onufri’’. Afterwards comes the Holy Trinity Church which is a medieval byzantine church inside the castle fortress, part of the UNESCO world heritage site.

We’ll make a pause from the spiritual world and visit Berati’s Ethnographic Museum, which contains a diversity of everyday objects from throughout Berati’s history. The adventure continues in the old quarter of Mangalem, which will send you back in time to the middle ages. Here is where we’ll discover why Berati is called the city of 1001 windows and we will visit: the Bachelor Mosque, which was created to serve the wards of the bachelors of the city’s various guilds and became a cultural monument 1961

Morning at the Hotel. And then we will drive to the Monastery of Ardenica. The monastery is located in a dominant position in the hill, which offers a relaxing view of the Field of Myzeqe and where we can find impressive historical and cultural values.

Next, we will head to Apollonia, the biggest ancient settlement in the Adriatic area. There we will visit the most interesting points of this historical site, like: The Church of Saint Mary, the Archaeological Museum, the Odeon, the Library and the Bouleuterion monument. Next, we will drive to Vlora and if there remains still time, we will visit also the Museum of National Independence, where we will be able to learn more about the cities struggle for freedom.

Morning at the Hotel. Then we begin the tour of Vlora, where a huge monument to celebrate the Independence will be waiting for us in the largest square of the city, Flag Square. Then we will go at the History Museum, where we can find archaeological relics from all over the region, while traditional handmade woodcarving can be found at the Ethnographic Museum. A very special building located in the heart of Vlora is the Muradie Mosque, which was designed by the same architect responsible for the Blue Mosque in Istanbul.

Then we will visit the Albanian Riviera, where breath taking sceneries awaits us at the shore of Llogara with its blue turquoise waters – 1000 m above sea level. We will visit the Castle of Porto Palermo, in Himara. The well preserved Porto Palermo castle is wrongly asserted to have been built in early 19th century by Ali Pasha of Tepelena, since it looks to have been built earlier. Next, by request we will visit the Olive Oil fabrics, the most famous in Albania and the Honey Bee cultivation places, where the most delicious raw honey its produced. After, we will continue our journey to Saranda.

DAY 6: SARANDË – BUTRINT – SARANDË (1 hour and a half driving time)

Morning at the Hotel. Then we will drive with our comfortable bus to the Butrint UNESCO Site; a site full of ancient ruins. First it was inhabited by the ancient Greeks and then the Romans took over. After a period of abandonment, Butrint was reconstructed under Byzantine control in the 9th Century. The fortifications bear testimony to the different stages of their construction from the time of the Greek colony until the Middle Ages. The most interesting ancient Greek monument is the theatre which is fairly well preserved.

Lunch: in Saranda
After lunch, we will wander through the coastal city. Located in the center are the ancient ruins of the synagogue, dating back to the 5th Century. It follows the Monastery of 40 Saints, which was dedicated to the 40 Martyrs who refused to give up their faith during the 4-6th Century, so they were locked in the building to die. Next, we have the Lëkuresi Castle situated at the top of the hill and overlooking Saranda with a stunning view.

DAY 7: SARANDË – GJIROKASTËR – PËRMET (2 hours and a half driving time)

Morning at the Hotel. Beside ancient ruins, made by the hand of men, Saranda has also natural phenomenon like the Blue Eye with its freezing water, which we will visit during the drive to Gjirokastra. When we arrive in Gjirokastra, the first thing we will see is the Cold War Tunnel, built in the late 1960 after the collapse of the relations with the Soviet Union. The tunnel leads us to the Castle of Gjirokastra, which was built in a strategic

location, wherein it’s possible to see clearly the entire valley of Drin. Another great point of interest in the city is the Army Museum, where it’s possible to visit the cell’s where political prisoners were kept between 1929-1968.

Then our adventure continues to the Skenduli House, a typical example of a ’18/’19 Ottoman House which has been described as a rear and beautiful example of domestic architecture. We will still follow the path of history and visit the Ethnographic Museum which was built up on the site of the communist dictator Enver Hoxha’s birth house. Last but not least of importance, we’ll visit the Ismail Kadare House, the historic house where Albania’s most famous contemporary writer, Ismail Kadare, was born. It is one of the most significant landmarks of Gjirokastër.

Morning at the Hotel. After breakfast, if the weather is on our side, we will drive to Përmet, to practice some rafting in the famous Vjosa river, the last wild river in Europe. After that we will head to the Thermal Baths of Bënjë, that are highly curative and recommended by doctors. This thermal bath is located near the Kadiu Bridge, an architectonic monument built 3 centuries ago, under which crosses one of the streams of the Langarica river, known by the locals as the blessed river. If the weather conditions are not by our side, then we will take a tour of the city of Përmet. The first thing we’ll see is the Stone of the City, located at the edge of the Vjosa river. Our next stop will be at The Church of Saint Mary, located at the edge of the village of Leusë, a small village situated a few kilometers from Përmet. The church is surrounded by 3 large streams that flow from the mountains down to the Vjosa River.

After lunch, while heading to Korca, we will stop at Farma Sotira. An agritourism where we can find a lot of beautiful landscapes in walking distance and by walking around the resort you can see the wide variety of animals.

Next, we will head to a Hotel in Korca.

Morning at the Hotel. The last day of the tour starts from the narrow cobblestone streets of the Old Bazaar (Pazari i Vjetër), an area full of typical buildings and small boutiques. Near the Old Bazaar it’s also located the Mirahori Mosque, built by Iljaz Hoxha, a veteran of Istanbul Conquest and the city founder of Korca. We’ll continue through the St. George (Shën Gjergji) Boulevard, that leads to some of the city’s most important building’s: The Education Museum; the Orthodox Cathedral and the Archaeological Museum. Then we’ll take a walk along the Fan Noli Boulevard, until we arrive at the Museum of Medieval Art, one of the best and most comprehensive in the Balkans. The journey continues to Pogradec.

fter lunch we will take a walk along the lake Ohrid, one of Europe’s deepest and oldest lakes. Ohrid was declared a World Heritage Site by UNESCO in 1979. By request, we can visit the small peninsula of Lin with a beautiful village of the same name. The houses are made of stone and bricks on the sides of the narrow streets shadowed with grapes. Then we continue to Drilon, one of the most enchanting hamlets of southeastern Albania. During the Communist-era, Drilon was the favourite place of dictator Enver Hoxha, who used to come here to relax. Not far from Drilon, we have Tushemisht. The last village on the Albanian side of Ohrid Lake, before the Macedonian border. Tushemisht is a lovely relaxing place, surrounded by mountains and gorgeous beaches.

Afterwards, we will drive to Tirana.

Morning at the Hotel. Then transfer to the Airport and end of our service. 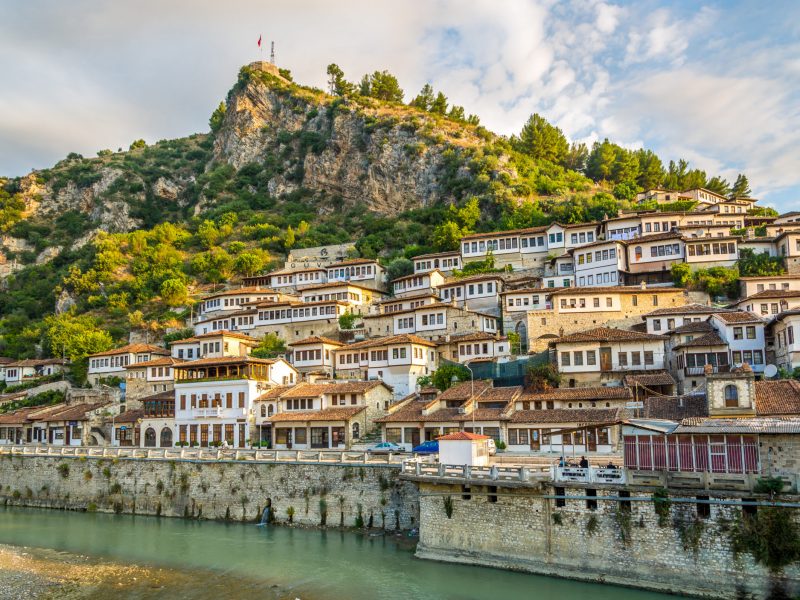 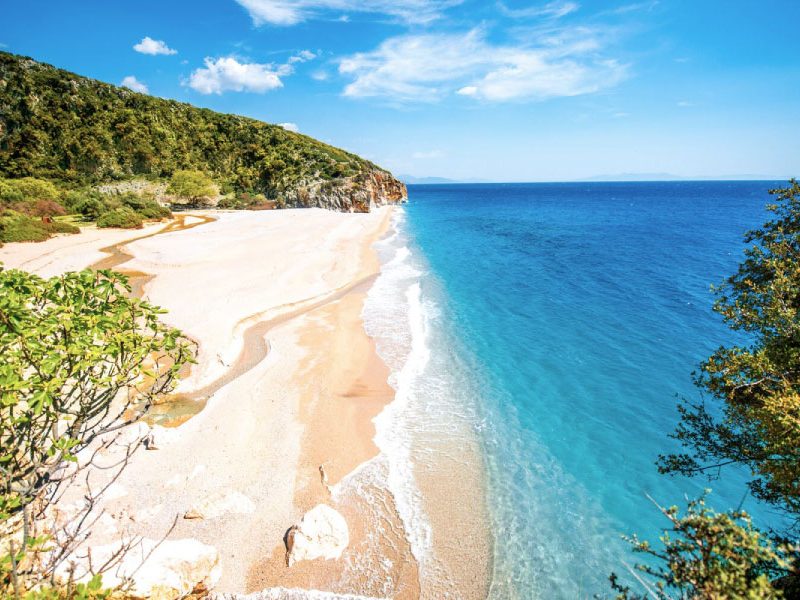 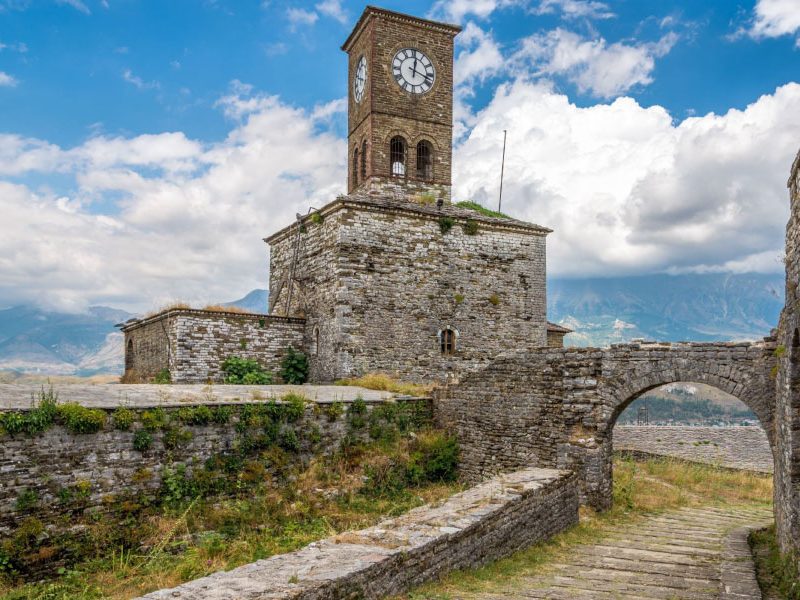 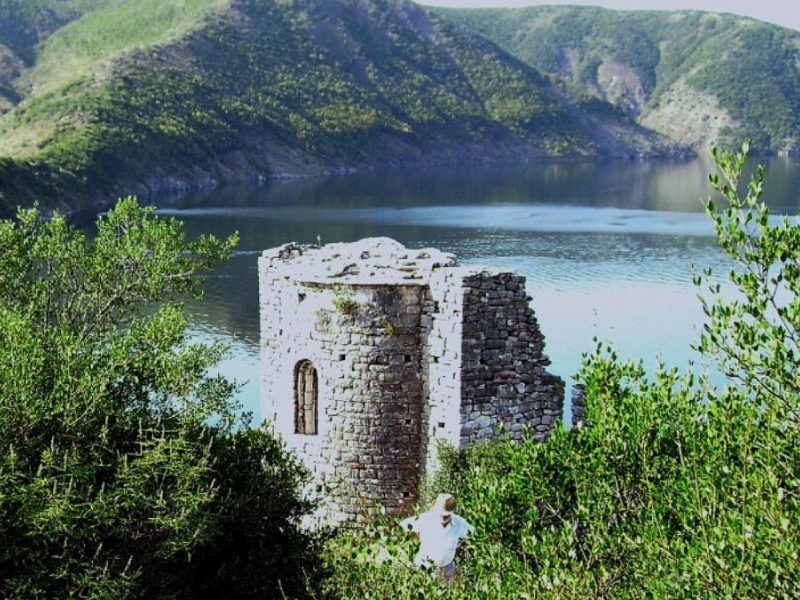 Thoughtful thoughts to your inbox

Our customer support team is here to answer your questions. Ask us anything!
👋 WELCOME, Hi, how can I help?
Whatsapp